This post contains affiliate links. Read more on my Disclosure.

Searching for the perfect something for that SP in your life? Look no further! I’ve created the ultimate resource. Explore the best Scientology gifts available on Amazon today.

After escaping a near abduction into the cult at Scientology rehab, I understand the dangers. Subsequently, I need to share this truth. Hence my listing these top educational resources. Furthermore, grab a few fun gifts for the SP in you.

And hey, if you’re not already rocking with Amazon, grab your free 30-Day Trial of Amazon Prime. Alternatively, if you’re a college student check out this exclusive offer. But be sure to take advantage of your free trial. Because I’ve included Prime freebie Scientology gifts throughout the list!

Are you an SP wanting to make a fashion statement? Moreover, searching for a gift for someone with the same attitude? I hear ya! So choose from a multitude of styles below. Indeed, most items are available for both men and women. Additionally, these fashions are available in a variety of colors. Despite being featured here in black.

I’m a huge fan of Chief Hopper from Stranger Things! In fact, I agree that mornings are for coffee and contemplation. So what better way to get a morning started than with a Scientology gag mug? At this point, all you can do is laugh. So check them out below!

Give the gift of education. Accordingly, I’ve included some of the best books involving the truth about Scientology on Amazon. Additionally, you’ll find a few Audio CDs. For the purpose of commuting or long drives! However, most selections are available in multiple formats.

Let’s start it off with Ron Miscavige’s book called Ruthless. It’s a New York Times bestseller written by David Miscavige’s, (the leader of Scientology) father. So really, who better to give you the details about what’s really going on behind closed doors? Ruthless is a painful but compulsive read. You won’t be able to put it down!

Give an insider’s true story about Escaping Scientology. Karen Pressley recounts her amazing journey with the cult of Scientology. This story is remarkable and is a must-read for any Scientology critics.

The Road to Truth

In the book, The Road to Truth, Jonathan Ottenstein walks you through a fantastic tale. Moreover, a one man’s journey from the cult of Scientology to the Torah.

Leah Remini’s New York Times Bestseller, Troublemaker is a fantastic and quick read. Indeed, outlining the practices of the infamous cult. Including, celebrity insider knowledge of what transpired at Tom Cruise and Katie Holmes’s wedding. Not to mention, if you love Leah, you’ll laugh out loud several times.

Sands Hall’s, Flunk Start is an incredible memoir that is nearly impossible to put down! Moreover, it explores her slow but willing plunge into the cult of Scientology. Additionally, she chronicles the secretive illness and death of L. Ron Hubbard and the ascension of David Miscavige.

For thirty years, Chris Shugart was a member of the Church of Scientology. Hence he achieved the spiritual state of Clear and OT. Also, he did extensive study in the delivery of Scientology processes. But it got him nowhere. Consequently, he became an ordained minister. Read his outrageous accounting of 30 years within the cult in Fractured Journey.

The book, Combatting Cult Mind Control chronicles one of the most alarming tales of cult activity. Therefore, it’s relevant for victims and survivors of Scientology. Because Scientology is a cult. In all honesty, it needs to be disbanded.

On November 18th, 1978, over 900 people including a U.S. congressman Leo Ryan died because of Cult Leader Jim Jones. Over 300 were children forced to drink cyanide-laced Kool-Aid by their parents who believed they were doing God’s will. The techniques of undue influence have evolved dramatically, and continue to do so.

Today, a vast array of methods exist to deceive, manipulate, and indoctrinate people into closed systems of obedience and dependency. If you are reading this updated book for the first time, please know that you have found a safe, respectful, compassionate place.

Leaving Scientology: A Practical Guide to Escape and Recovery

The objective of The Truth Rundown is to shed unprecedented light on the internal workings of a secretive cult posing as a church all around the world. Furthermore, it presents the unbiased truth about Scientology.

Battlefield Scientology contains 33 articles and over 50 photos from Tony Ortega’s blog, The Underground Bunker. Featuring intros to the five sections by Paulette Cooper.

Share the incredible untold story of Scientology in Australia with the book, Fair Game. It’s an amazing tale based on years of research and interviews. As a matter of fact, Australia is the first place to ban Scientology

Michelle LeClair, former president of Scientology’s international humanitarian organization tells her story about the anti-gay ideology of the church. Read about how she was able to break free and meet the love (woman) of her life in Perfectly Clear.

Are you ready for some amazing Scientology gifts freebies? Don’t forget to grab your 2 months free trial of Amazon Kindle Unlimited!

The DEFECTOR: After 20 Years in Scientology

The book, the DEFECTOR: After 20 years in Scientology is available free for kindle unlimited users. However, you may also obtain a copy in paperback. A thrilling true story. Defector is told by former member, Robert Dam.

Over the Edge: A Pawn in the Scientology Money Machine

The book, Over the Edge: A Pawn in the Scientology Money Machine tells a true story of harsh abuse within the church. Additionally, it outlines voracious greed and medical neglect.

In the memoir, The Expert Witness, Jesse Prince exposes the secret society masquerading as a religion in Hollywood. Furthermore, explore the practices of Scientology magic and domination.

This body of work could have been about you if you were contacted or chosen like I was. Buckle up and get ready to be changed in your thinking forever.

Scientology for Never Ins: Clearing Away the Fog That Hides the Truth

Scientology for Never Ins: Clearing Away the Fog That Hides the Truth strips away all the cover stories revealing the dangerous truth; this is a cult motivated by paranoia and greed. Founded by a mentally ill conman.

Jenna Miscavige Hill is the niece of David Miscavige, the Church of Scientology leader. Further, she was raised as a Scientologist. Jenna left in 2005. This tell-all memoir highlights abuses within the Sea-org and church. Additionally, she speaks about the imposed disconnection with her family. Moreover, about her harrowing escape from Scientology in her book, Beyond Belief.

Jump into Janet Reitman’s book, Inside Scientology for an objective look at the church. Based on five years of research. Including, confidential documents and extensive interviews with current and former Scientologists.

Gift this remarkable story of Paulette Cooper by Tony Ortega. Paulette wrote a book in 1971 criticizing the church. What followed was years of abuse. Further, she was harassed, stalked and sued. Additionally, she was entrapped by private investigators and had people sent undercover to befriend her. Even more so, Paulette was framed for allegedly mailing bomb threats! Her life was ruined, and she was pushed to the verge of suicide.

A Piece of Blue Sky

A Piece of Blue Sky exposes L. Ron Hubbard’s false claims. As a matter of fact, it’s a gripping read. From being a war hero, the protege of eastern gurus, to being a nuclear physicist. Hubbard lied about it all.

After surviving Scientology Rehab, otherwise known as Narconon, Scientology documentaries helped me understand and process my experiences there. From yelling at ashtrays to two-hour staring contests. Scientology maintains many cult practices. Many of which incur trauma.

Going Clear Scientology and the Prison of Belief

The HBO documentary, Going Clear is a groundbreaking film and was the winner of three Emmy Awards in 2015. Consequently, it outlines how the Church attracts new followers. Additionally, it tells of how they handle their suppressive counterparts.

It’s one of my favorites. In fact, it was the first documentary I was willing to watch after breaking free from Scientology. Because while you’re in Scientology you’re forbidden to watch or Google anything negative (truthful) about it.

The documentary, Scientology Explosive Insights illuminates the real brainwashing power of Scientology. Also, people from both sides are interviewed for a compelling look into this dangerous cult.

The team behind the documentary, Scientology the Ex-Files, gets past the scare tactics and intimidation used by the Church of Scientology. Get an exclusive look at the inner workings of this frightening and dangerous organization.

Meet Scientology’s highest-level defector, Marty Rathbun. Marty is a former Inspector General of Ethics in the organization. Furthermore, he worked closely with both David Miscavige and Tom Cruise. Get the dirt in Scientologists at War.

Leah Remini’s Scientology and the Aftermath

Leah Remini is at the forefront of bringing down the destructive cult. As well as, shedding light on their dangerous practices. As a result, the church has run smear campaigns and created false reportings. Additionally, they’ve stalked, harassed, and followed her and her disciples. However, Scientology and the Aftermath is an Emmy award-winning show. Prepare to be shocked and appalled. Also, don’t forget to grab tissues.

Afterward, grab Season Two and Season Three to complete this phenomenal series. Because Scientology and the Aftermath is a binge-worthy experience that will open eyes.

Does your gift receiver have Audible with Amazon? Cool! There are several noteworthy free Scientology gifts. Don’t have Audible? No biggie! You can gift them that too!

The Church of Fear

Award-winning journalist John Sweeney spent more than half a decade investigating the church. Consequently, he was spied on, followed, intimidated and harassed. Furthermore, Sweeney lost his temper with the Church’s spokesman on camera, and his infamous ‘exploding tomato’ clip has been viewed by millions.

Here are a handful of titles I’ve already discussed in this resource. However, I’m sharing them again. Because they are available for free on Amazon Audible. You’re welcome!

Out of the Box Scientology Gifts

Looking for something unique? Here are a few fine examples of Scientology gifts for thinking outside of the box!

Check out these awesome LED keychains! Not only does the light attachment feature 7 different colors. Additionally, it can be set to 3 modes. Including, flashing, fading, and solid.

These wallets are so cool! Moreover, they feature the newest RFID shield protection. So protect your wireless-enabled cards and ID from snooping and electronic identity theft!

Make a statement with these, Scientology is Evil everyday accessories. Consequently, these Scientology gifts are ideal for handing out and drawing awareness to the cause!

That does it for this Ultimate Amazon Gift Guide for Scientology Gifts! Did I miss anything that is an absolute must for this list? Please add them to the comments below! Also, did you find this resource valuable? Awesome! Share it and spread the word. Follow me on Facebook. 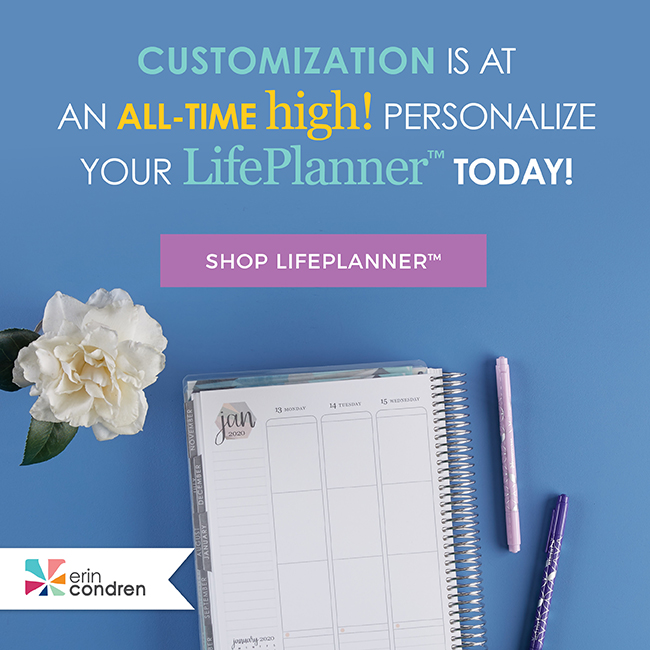